The easy guide to switching from Windows to Mac

Long-term Windows users looking to dip their toe into the Mac ecosystem for the first time typically stick to applications they are familiar with on PC, but there is a wealth of other software that can do the job for the more ambitious switcher. 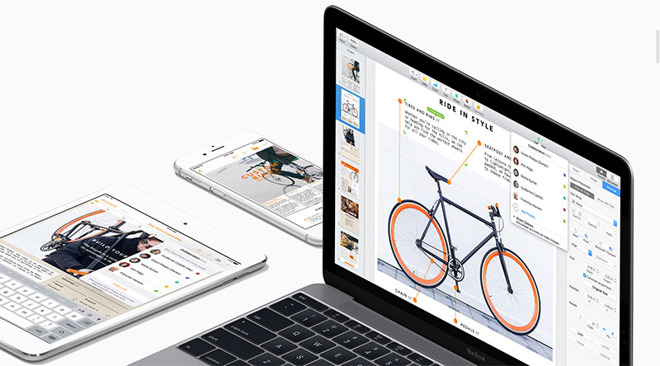 Existing users of Microsoft’s Office suite of tools will immediately feel comfortable with the Office 365 subscription, as the apps offer almost identical functionality to the Windows versions. Many people who use the suite frequently may not want to move away from it, but for those who do, there are options.

The first alternative is in fact already installed on the Mac by Apple itself: iWork. Apple’s own collection of apps cover the core areas Office is typically used for, with Pages, Numbers and Keynote standing in for Word, Excel, and Powerpoint, respectively.

At face value, Pages is a powerful word processor that seasoned Word users will quickly understand and can immediately start working within. Once a piece is crafted, Pages shows off its true value by incorporating the text into dozens of fantastic templates that makes an article or letter stand out.

While many are wary of working in spreadsheets in the first place —Excel is simply a mass of black and white digits —Numbers goes to great lengths to change that image. The selection of templates are colorful and easy to understand, making them far less intimidating to start using, while the overall interface makes starting from even the basic pages simpler than most would expect.

Almost everyone who has sat in an office has had to endure a Powerpoint presentation, inevitably poorly produced with too many transitions and little in the way of visual appeal. Keynote, on the other hand, helps users create appealing and more professional presentations, again with easy to use themes and transitions between slides.

Add in the ability to collaborate with others, cross-platform compatibility with PCs via iWork for iCloud, and the same tools being available as iOS apps, and iWork becomes serious competition.

If the switcher would rather have something that resembles Microsoft’s suite more in terms of appearance. , another way to go could be through OpenOffice and LibreOffice, the latter being a fork of the former open-source project. There is little difference between the two releases, as both are similar in terms of what they offer to users, including tools for word processing, spreadsheets, and databases, and while the OpenDocument Format is favored, they have no issue opening Office files.

These two are less of a recommendation based on their ability to be used on the Mac, and more one of overall ubiquity. The two projects are available to download for Mac, Windows, and for Linux, allowing for the exact same working environment to exist on multiple platforms. It also helps that OpenOffice and LibreOffice are free tools, unlike Office.

Adobe Creative Cloud could easily be considered the Microsoft Office for art, design, and video. Just like Office, Adobe makes its suite of apps available for the Mac, so there isn’t anything to worry creative professionals making the switch. Even so, there are still a few Mac alternatives to individual components for those wanting to go further afield. 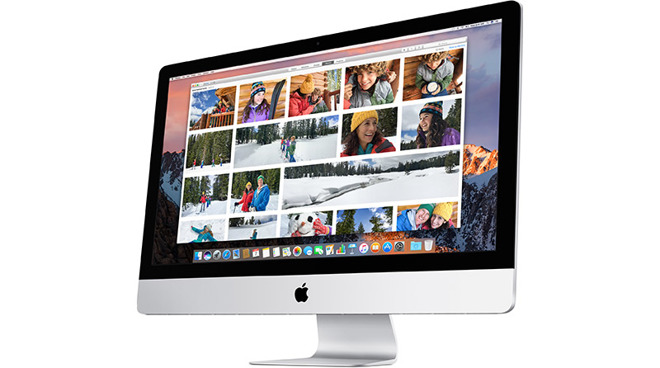 Photographers can make use of the included Photos app to make changes to their photographs, with basic cropping of shots and automated adjustments available for those wanting to perform quick improvements to shots. For more experienced editors, Photos can dial up the number of potential options considerably, providing a lot of flexibility in getting the perfect image.

Outside of editing, Photos is a great cataloging tool for images, with collections of great photos in shareable Memories, People for facial recognition of subjects, and Places to show where images are taken. Owners of iPhones and iPads can also see their entire image collection across multiple devices in the app, powered by iCloud Photo Library, with edits synchronizing across devices and easy sharing of image groups with others on social media. 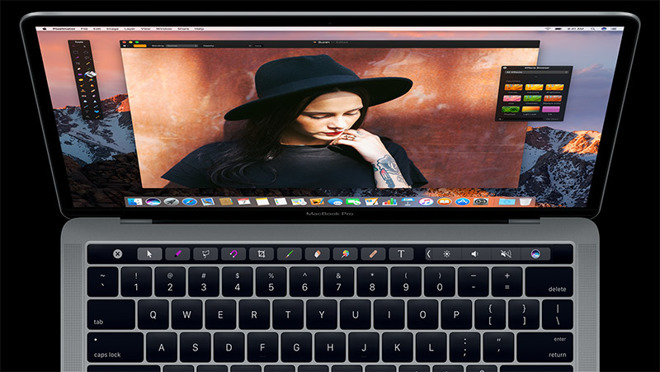 For design work or more involving editing jobs, one of the best-known replacements for Photoshop is the slick-looking Pixelmator. The interface is as finely polished as anyone would expect from a macOS app, making it a great example of what developers on the platform are capable of producing, and an advertisement for Mac in its own right.

Users needing simple edits or tweaks to an image are easily handled with a welcoming and easy to use interface, including a fantastic effects browser that shows what the option actually does to an image before the user applies it to their work. Those wanting to perform more advanced work are also covered, with Pixelmator easily able to handle the vast majority of tasks Photoshop can perform on an image. Where Pixelmator excels in is the price, costing just $29.99 compared to repeatedly paying Adobe a Creative Cloud subscription.

There are two other alternatives to suggest, which also happen to work off the same core code base. The GNU Image Manipulation Project (GIMP)is a powerful image editing tool that works on both Mac and PC, with the free open source software providing a similar feature set as Photoshop and Pixelmator, albeit with slightly less polish than the paid software packages.

The low cost does affect its usability, as unlike the paid apps, GIMP does suffer from having a steep learning curve making it harder for new users to do advanced edits. The GIMPshop project may be the answer for some, as it redesigns the interface of GIMP to make it more familiar to Photoshop users, relocating features and settings to where they would be in Adobe’s software, in turn making it easier to pick up.

On the PC, the dominant force for video editing is Adobe Premiere, along with After Effects, as part of the Creative Cloud. Adobe’s grip on the editing market extends to Mac as well. It’s popular software, and difficult to beat, but other options are still available. 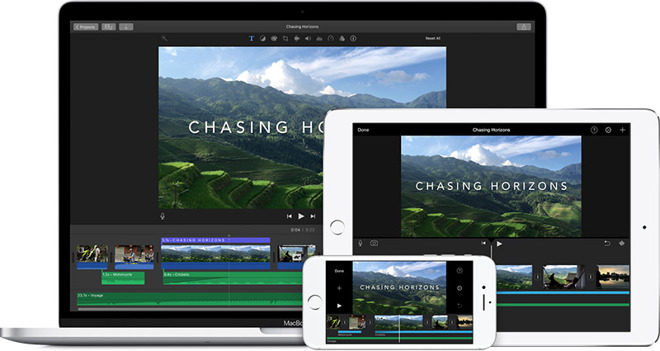 Many will have already heard of iMovie as a basic video editor, and considering it’s preinstalled and effectively free, it’s one of the immediately-available editing tools for switchers to try out. Unlike the underwhelming Windows Movie Maker many PC users will have toyed around with, iMovie is a polished product that is fairly simple to use, but is still capable of producing a decent video.

For anyone wanting to put together a vacation video or something similar, it is as simple as importing a few clips, putting them into an order, and adding a few filters or special effects. There are also a number of soundtracks and title sequences that could be added to a project, and even a feature to quickly create a mock Hollywood-style trailer.

If the switcher also happens to have an iOS device, they will also be able to benefit from being able to quickly make edits on the iOS version of the app, before transferring the video to the Mac for more fine tuning. 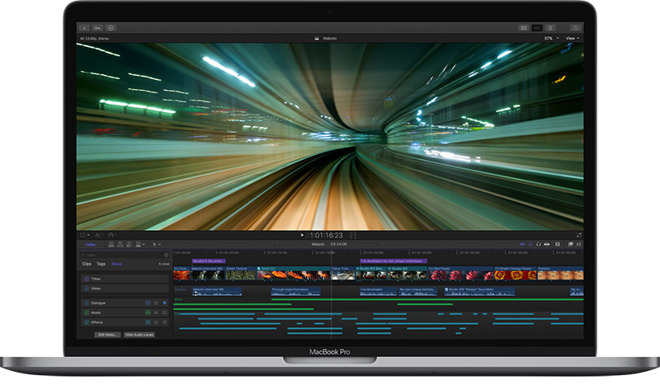 While iMovie probably covers most standard switcher’s needs, more professional users may want to consider paying for Final Cut Pro X. Where iMovie works to be as easy to use by anyone, Final Cut Pro X instead focuses on providing a vast amount of editing options, giving more ways to alter the audio, add transitions, and to change the image.

On the more advanced side, Final Cut Pro X adds in multi-camera editing, multi-channel audio, color grading, and support for industry standard formats including XAVC, AVCHD, and Redcode RAW. Media is also handled in a better fashion, with automatic analysis of source material performed in the background, range-based keywords for locating clips, intelligent search of libraries for tags, and easy access to items held within the user’s Photos and iTunes libraries.

Offering a vast amount of flexibility, Final Cut Pro X can be used to create polished content on a par with Premiere, making it a great choice for those working on YouTube videos or larger projects. Not only is it a serious contender to Adobe’s video-editing throne, but the $299.99 price tag attached to it could certainly convince some video editors to move away from Adobe’s subscription.

For students and educators, Apple just this week announced a new Pro Apps Bundle for Education that packs in Final Cut Pro X, Logic Pro X, Motion 5, Compressor 4, and MainStage 3 for only $199.99.

When you can’t take it with you… 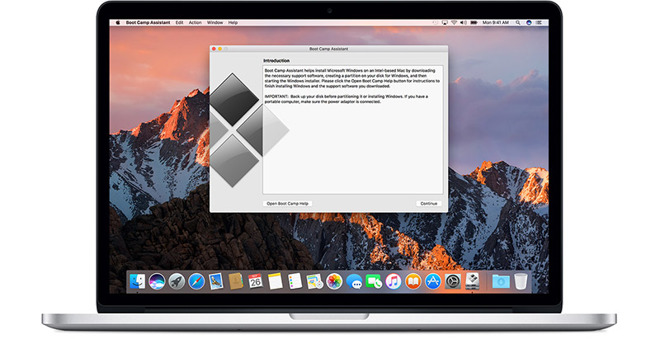 Boot Camp is a feature that allows a user to install Windows onto a Mac. By following the instructions of the Boot Camp assistant, a user can have a separate partition with Windows running in a short while, so long as they have the Windows installation media and a spare license available. While free, this option does mean that users have to effectively exit macOS in order to get into Windows, and vice versa.

Parallels Desktop is a paid alternative that allows Windows to run on a Mac, but in a different way. This time, Windows runs on top of macOS within a window, allowing for software running within Windows to be used alongside Mac apps. The downside is that it costs $80 to do this, on top of a Windows license.

If the PC is still going to be available to use, consider remotely connecting to it from the Mac. Chrome Remote Desktop is relatively simple to set up, and allows for remote control of a Windows desktop from within a window on the Mac. Other solutions are also available, such as LogMeIn and VNC, but considering it is free and easy to use, Chrome Remote Desktop may be the best route in many cases.

While most essential app categories have their Mac equivalents, there are some rare instances where an alternative isn’t available, or the user doesn’t want to pay again for something they already have the license for in Windows. In the event that someone switching doesn’t want to move away from the Windows version at all, there’s a few workarounds.